One Piece, which was first published in 1997 and was once known as Pirate Island in Vietnam, has spent more than 25 years being synonymous with childhood for an entire generation of young people 9x and 10x. One Piece is embraced and fervently appreciated by young people with an incredibly strong and unwavering allure. The characters in this manga are incredibly significant elements in its success. These are the top 5 One Piece characters in terms of popularity and influence. 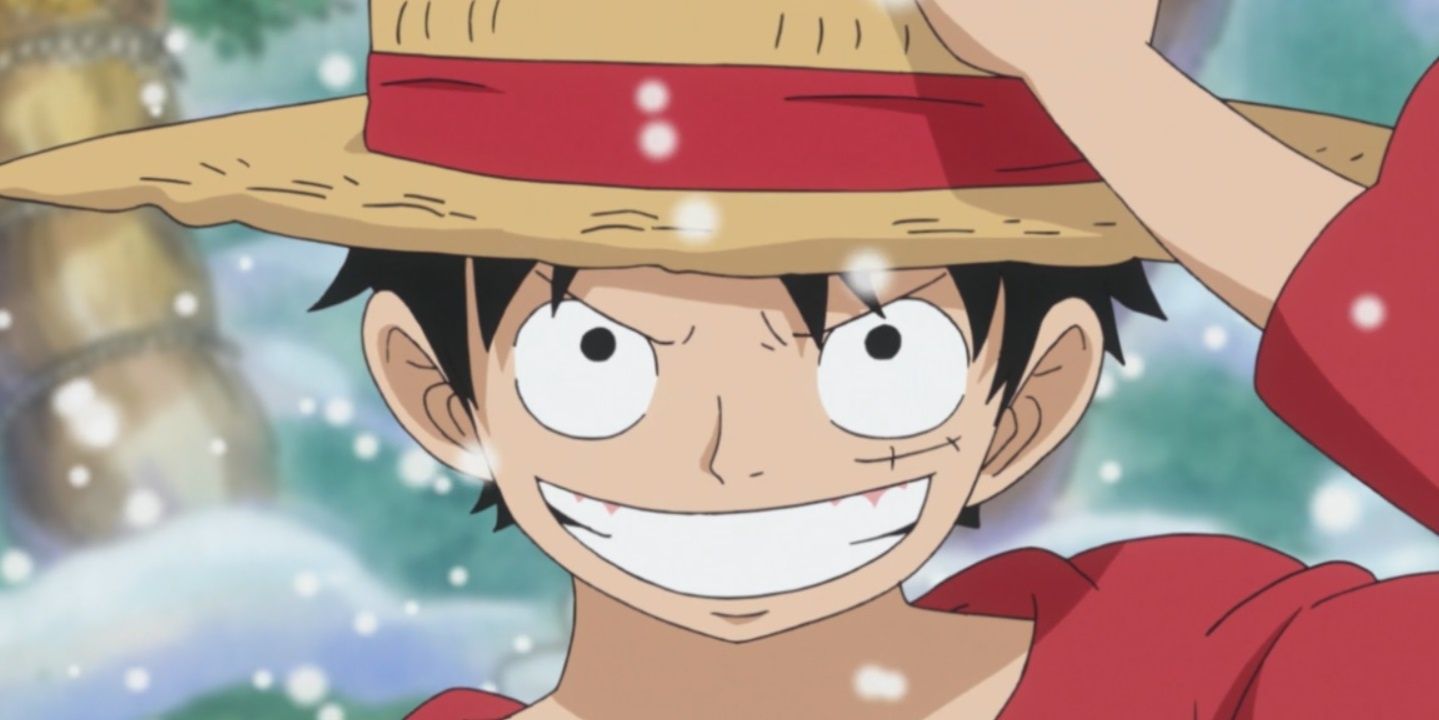 Monkey D. Luffy, the protagonist of this series, must be mentioned as the first character on this list. It is hardly surprising that Luffy is the series’ primary character given his enormous fan following. When it comes to family history, it can be considered that Luffy comes from a really prestigious family because all of his relatives are well-known figures.

First of all, Monkey D. Dragon, the Revolutionary Army Commander and reputedly the most dangerous man in the world, is Luffy’s father. Additionally, Luffy is the biological nephew of Vice Admiral of the Navy Monkey D. Grap. He is also a sworn brother because “Fire Fist” – Ace and Deputy Commander of the Revolutionary Army – Sabo, two turbulent figures in the Pirate world, were part of his youth. In that sense, Luffy might be considered a real-life example of a “father’s son” figure.

Despite being raised by his grandfather Grap as a marine from an early age, Luffy inherited Red-Haired Shanks’ will, a formidable Yonko in the Pirate world. With the desire to become a pirate and set sail to explore the world in search of the fabled One Piece treasure. The exploits of Luffy and his comrades are One Piece’s major issue.

Luffy has won a lot of admiration from fans of the series as well as from the characters in this book thanks to his open demeanor, genuine devotion, fierce fighting spirit, and thoroughness to the crews. “Pirate Hunter” Zoro is the second-place contender. He is the first Straw Hat Pirate crew to have embarked on an adventure with Luffy from the start. Many people found Zoro’s transformation into a pirate in the Straw Hat Pirates surprising and unbelievable given his reputation as a samurai warrior and famed “Pirate Hunter.”

On this arduous voyage, Zoro faced numerous foes while pursuing his goal of becoming the greatest swordsman in the world. He defeats many enemies by employing a technique from the Three Swords Tactic.

As a member who does not use the power of the Devil Fruit, however, Zoro has a great potential for power. His combat prowess develops with each bout so that he can defeat a variety of foes. Furthermore, after spending two years in Skip Time, Zoro made significant progress under the direction of the “Strongest Swordsman in the World” – Dracule “Hawk Eyes”.

Although his profile is extremely serious and his image is cold and strong, Zoro attracts fans with extremely funny and lovely characteristics such as super blindness with a unique ability to get lost even when moving in a straight way, drinking alcohol even with his enemies, besides having a personality that always protects his teammates, who are said to be weaker like Nami, Robin or Chopper.

Sanji originally made an appearance in the background as a chef at the renowned restaurant Baratie of former pirate Zeff, which specialized in cooking for pirates. Zeff was initially Sanji’s antagonist, but following an incident, the two developed a stronger relationship.

Sanji is another team member without Devil Fruit powers, yet his bounty is also quite high because he is known as the “Black Leg” with strong kicks that can ride the wind, kick clouds, and knock many foes away that have Devil Fruit powers. As a member with the motto “Never combat women”, Sanji always gives the best food he makes as well as priority protection to female members of the crew like Nami and Robin. However, that personality somewhat puts him in danger many times when he doesn’t attack female enemies.

With the dream of sailing to find All Blue – the convergence and intersection of the four great seas East Sea, West Sea, South Sea and North Sea, where exotic creatures can be discovered to make the world’s tastiest delectable cuisine. Sanji’s ability to cook can aid members in recovering from battles that drain a lot of fighting power, making him an essential part of the Straw Hat Pirates. 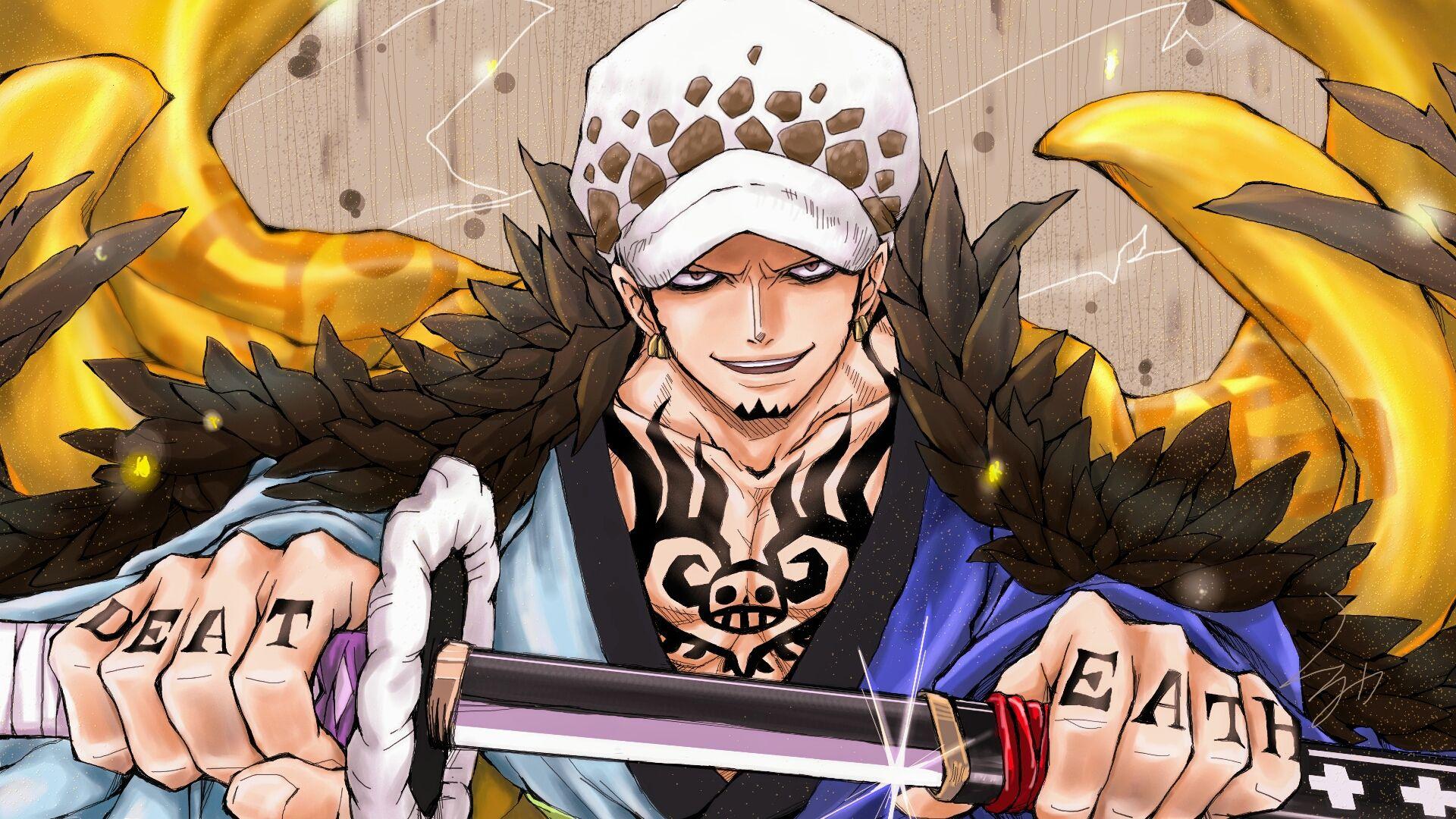 Law is a later character but he has a sizable fan following. Law is referred to as the “Death Doctor” because of the Ope Ope no Mi Devil Fruit power to sever adversaries into pieces without harming them. Law can also divide and morph the parts of the human body, especially the heart, many of his opponents, even ones with immense power, are extremely terrified.

Law originally belonged to Donquixote Doflamingo’s pirate crew, which was a formidable force in both the criminal underworld and the World Government. Law afterwards quit and started his own pirate group, Heart.

Law is viewed as being a really contradictory individual because he always respects his rivals and is willing to defend them because he does not want to lose deserving adversaries in the future, as was the case when he saved Luffy following the famous fight of Marineford.

Law has a fan base that rivals that of the Straw Hat crews, perhaps as a result of his enigmatic and somewhat contradictory demeanor, half virtuous and half evil. 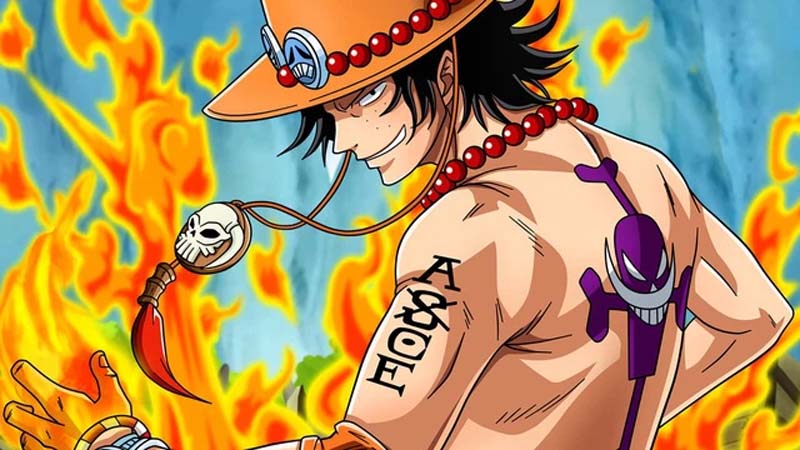 The final figure on this list, Portgas D. Ace. Born to the hatred of the world to his father, the Pirate King Gol D. Roger, Ace has faced many enemies since he was a child, perhaps because of that he has a strong will and strength despite lacking a Devil Fruit’s special abilities. Ace later joined the Whitebeard Pirates and rose to the position of Captain of Team 2 with the power of the strongest Devil Fruit in the Logia system, Mera Mera no Mi, Ace became an effective hand of the Whitebeard.

The only top character that is no longer living yet still has a significant influence is Ace. Ace has a simple demeanor and a really good-looking exterior. Many people admire him and are willing to assist Ace, as can be seen during the Battle of Marineford, was the catalyst for this conflict, which left many traces, including the death of Whitebeard, the destruction of Marineford, the start of a new period of pirates, and his own death.

In the hearts of both Ace’s admirers and One Piece fans, the picture of Ace giving his life to save Luffy has come to symbolize life forever in their hearts.

Despite the fact that One Piece includes thousands of characters with unique characteristics and hundreds of fans’ favorite characters, the top 5 can be regarded as the most representative and well-liked characters in manga this century.

Looking for official One Piece Merchandise? Look no further than the One Piece store. Here you’ll find a wide variety of items featuring your favorite characters from the popular anime series, including T-shirts, posters, hoodies, and other accessories. Whether you’re a diehard fan or just getting into the show, there’s something for everyone put at the One Piece store. So what are you waiting for? Start shopping now: https://onepiece.store/