One Piece – one of the biggest fandoms in the anime world. With the interesting storyline, attractive plus remarkable characters, the anime first aired in 1997 and soon became one of the most likely movies, whether you like anime or not. The anime mainly talks about how Luffy – the main character, makes his way to locate the famous wealth left behind by the late Gol D. Roger becomes the Pirate King, and along the way, each of the characters in the movie makes their development and become more and more amazing. 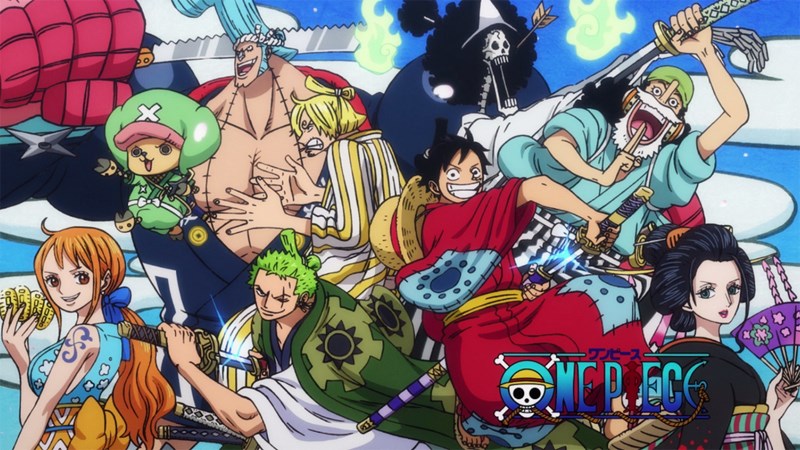 Aside from the storyline, how Oda built each character and made each of them unique and makes an indelible impression on us. They are all dynamic, complex on their own, and react to the situation in their way, making every one of them stand out. And some of the pirates from ONE PIECE were built based on real-life pirates in history. Let’s talk about 6 characters from One Piece that are based on real-life pirates.

Jewelry Bonney, the one with swinging pink hair, a hot body with a perfect face can draw any reader from the first time. She is also known as the “Big Eater“, is a pirate and the captain of the Bonney Pirates. Bonney has consumed an unidentified Paramecia-type Devil Fruit that allows her to control the aging process, allowing her to age herself and others at will. She may utilize this ability to disguise herself as well as injure opponents by fast aging them into their elderly years or regressing them to a childlike state.

Some fans may not know but Jewelry Bonney was inspired by a very famous real-life pirate – Anne Bonny. Anne Bonny is not only one of the most famous female pirates in history but also well-known for her bad attitude, which is quite similar to Jewelry attitude – rebellious, superficial and temperamental person. But not perfectly based on Anny Bonny, Jewelry still has some common senses. She knows when to fight and when not, and not completely ruthless.

Possibly the main antagonist of the series, Marshall D. Teach, also known as “Blackbeard”, is one of the Four Emperors and the captain-turned-admiral of the Blackbeard Pirates. He is also the only person known to have ever possessed the abilities of two Devil Fruits. He appears to be an odd blend of bravery and cowardice, as well as intelligence and ignorance. While his character appears strong and intimidating at times, he also appears weak and silly at other times.

All of his appearance, especially his long-black-bread, makes us think about one of the most famous pirates in history, Edward Teach, who is also known as “Blackbeard”. And not only his appearance but also his personality too. Teach, refer to history, known as a person with immoral nature, seeing nothing wrong with what he does, which is similar to Oda’s “Blackbeard”. They both have faith in their power and are also heartless, uncompromising with their enemy.

Roronoa Zoro, also known as “Pirate Hunter” Zoro, is one of the Straw Hat Pirates’ two swordsmen and a warrior. He is the crew’s second member and the first to join. The title of ‘World’s Strongest Swordsman’ is something Zoro aspires to. 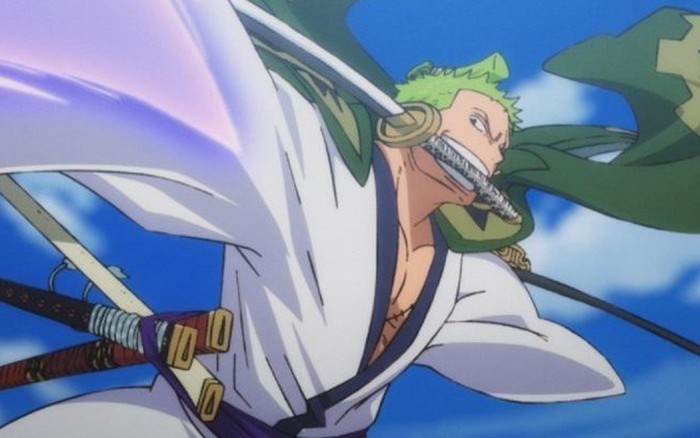 Sadi is a chief guard of Impel Down, who is known as a cruel lady who likes torturing and inflicting agony on others, including Marine comrades, and can’t get enough of their screams, which she finds sexually exciting. Her outlandish emotions and flamboyant behavior, on the other hand, make her more of fun than a sexual persona. 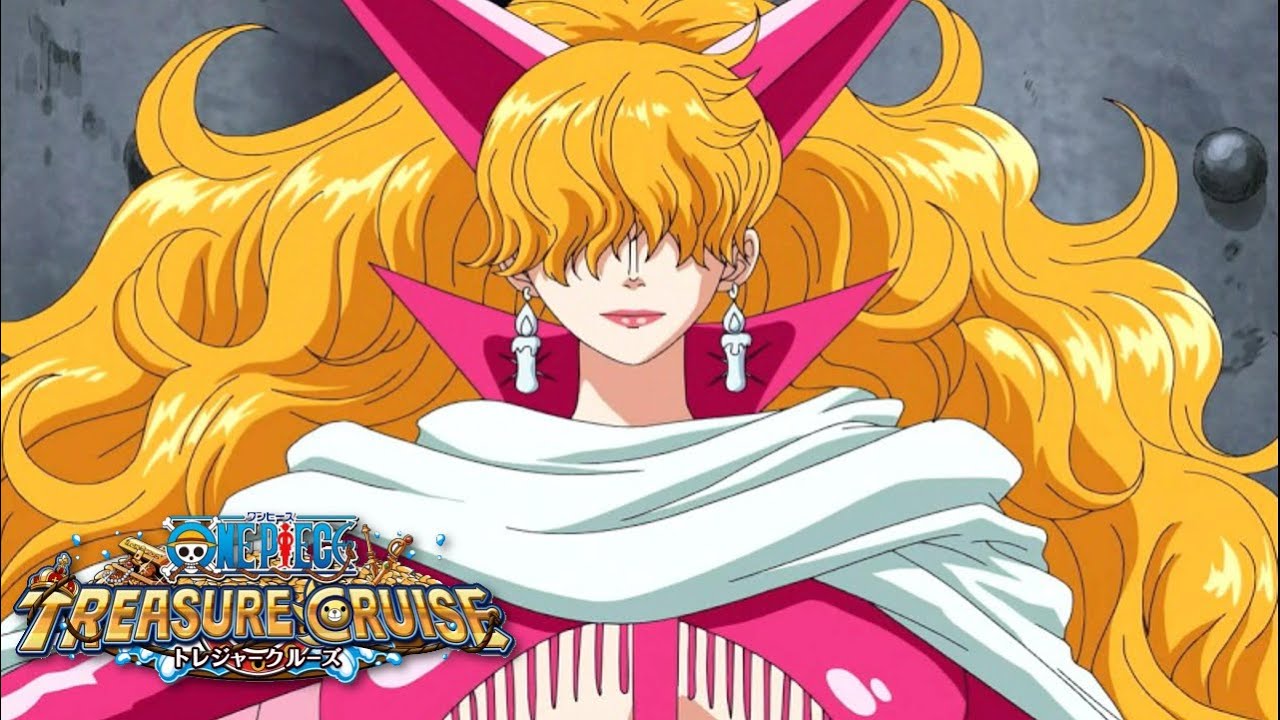 Sadi, from her activity, kind of relates to a real-strange-pirate in history, Sadie the Goat. From both names, Sadi and Sadie are quite similar, both enjoying harming others. The best similarity between Sadie the Goat and Oda’s Sadie is the joy with which she operated.

Showing with long wavy black hair, “Iron Mace” Alvida is the former captain of the Alvida Pirates. She considers herself to be the most beautiful lady in the entire sea, and anyone who disagrees with her would be smashed with her iron mace. She despises noise and filth, and she is uninterested in risking her life against insurmountable odds, and she can be particularly cruel too. 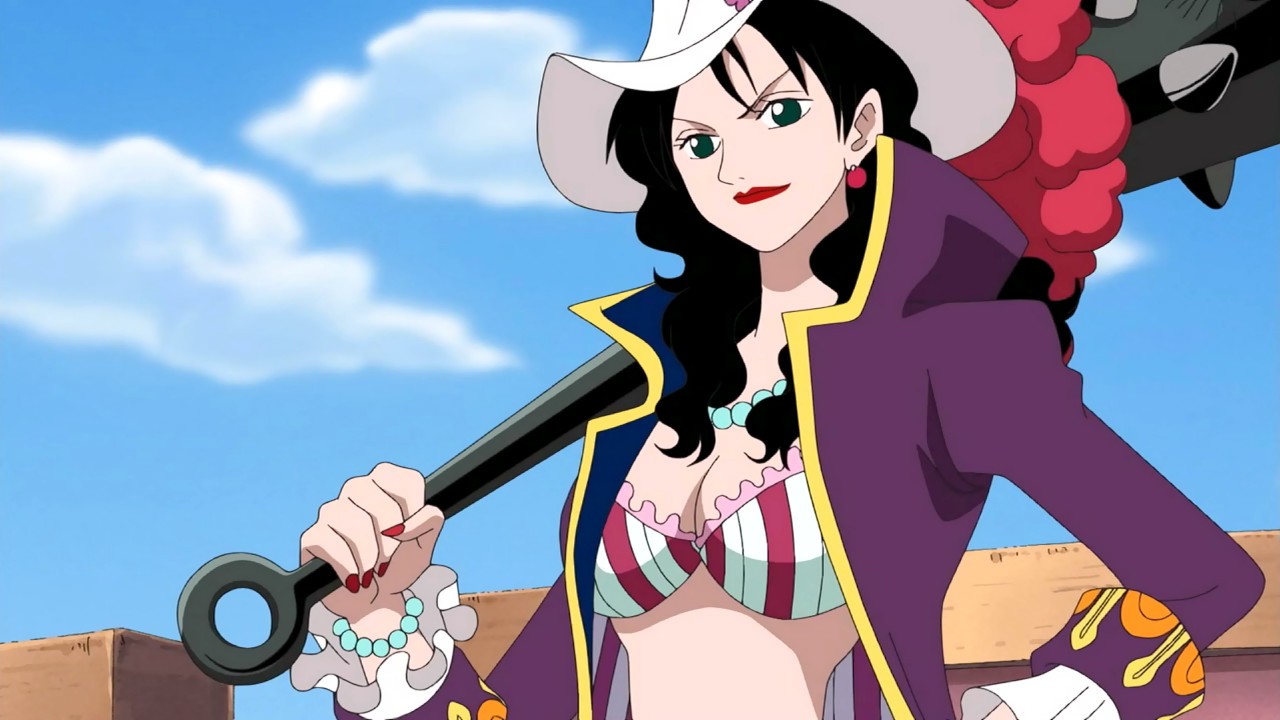 Alvida’s image is inspired by Alwilda, a Danish princess that became a pirate. Alwilda, who didn’t accept her father’s choice of marriage, ran away and end up leading a band of pirates. This action is similar to Alvida’s team-up with Buggy. And both of them are remarkable for their beauty too.

Eustass “Captain” Kid is a notorious pirate from South Blue and the captain of the Kid Pirates. Eustass Kid is portrayed as a nasty and ruthless pirate who is known for killing a large number of civilians. He is ready to turn to violence when he feels humiliated or insulted, even if it is only by a glance. 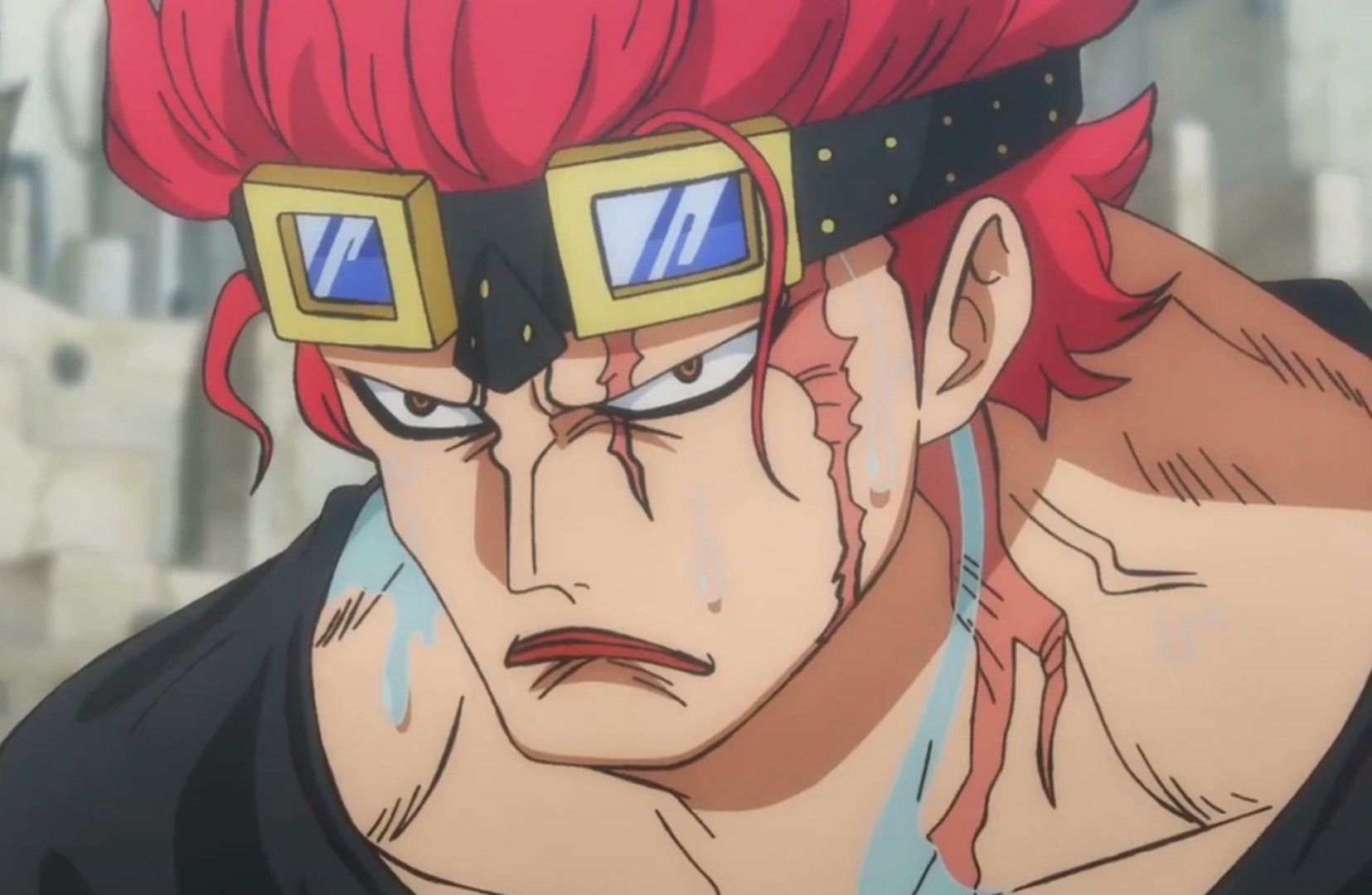 Eustass Kid’s surname is derived from Eustace the Monk, a mercenary French pirate. Kid was named after a Scottish pirate named William Kidd, who was hanged for his piracy. While Eustace is a ruthless pirate, Kidd, in the beginning, was hired to protect English ships against French attacks, but ends up being a pirate. And Oda’s Eustass Kid is the mixture of both of them with a ruthless character but also sceptical, never blind by the World Government.

That’s all our 6 ONE PIECE CHARACTERS THAT INSPIRED BY REAL PIRATES. And if you are wondering where to buy the best price and high-quality One Piece merchandise, come and take a look!

Chinese New Year Holiday - All Orders from Jan.26 will process after Feb.9 Dismiss